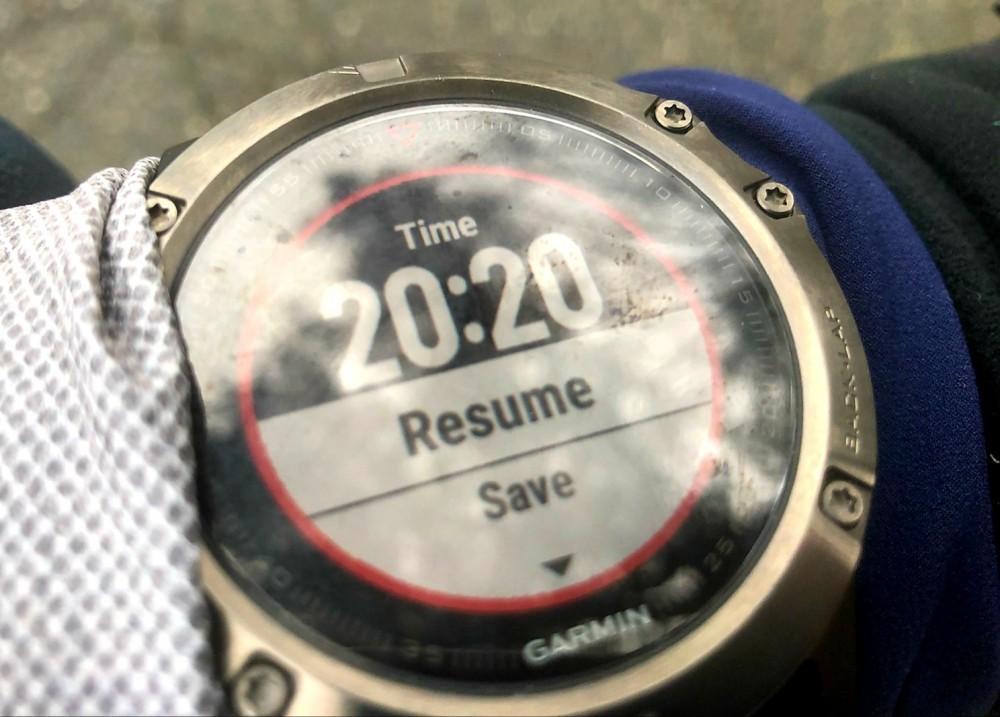 In late 2016, I was treating a runner with a foot issue.  What was most memorable from that meeting was a run streak she had kept active for years.  Earlier that same year, another patient of mine was also fighting to keep alive a 3-year run streak and trying to both work through severe plantar fasciitis AND train for a marathon, all while maintaining the streak.  This patient, earlier in 2016, had me scratching my head about the sanity of run streaks as well as the health impacts of run streaks. Yet it was the patient at the end of the year that stuck with me. I was all set to write an anti-streaking article and list all the reasons NOT to undertake such an endeavor. And as I set down fingertips to keyboard, an adage kept repeating in my head; “Don’t knock it ‘till you try it.”  I, therefore, put the article on hold for 1 year in order to write the SAME article in 2018; only an article with the perspective of someone who was able to participate in a year-long run streak and speak from experience, not just opinion.

To make a run streak official, you must run a minimum of a mile a day and maintain this for an entire year.  https://www.runeveryday.com/ is a site that keeps track of streaks, current and retired, and is worth a gander. I wanted my run streak to be official and I wanted it to be a little more personal. I set forth on a run streak consisting of a minimum 17-minute long run, every day for the ’17 year. As difficult as the feat seemed early in the year, by the halfway point, it became routine and in fact, something that almost seemed like a necessary ritual for the day. Mind you, there were challenges.  Such was a day in March where the streak was in jeopardy due to family health reasons and an early the next morning flight to Florida.  I ultimately ran 17 minutes on a treadmill at 11:40 at night and then 5 minutes later, the next official day, another 17 minutes at 12:02 AM. Then there was a day I left the office early as I was feeling dizzy.  I snuck downstairs to the treadmill when nobody was home and slogged out a 17-minute easy jog holding onto the front just in case. Or the day after the Boston Marathon when my legs weren’t working so well, and it took me about 16 minutes to run a single mile.  Or that evening in July when I swore off the streak minutes after finishing the Vermont 100-mile trail run BEFORE midnight and therefore requiring another 17-minute run the day after.  “THE STREAK ENDS HERE” I boldly proclaimed to my wife, daughter, and anyone within earshot in that Vermont pasture. After some wavering, the pull of the streak got me back out there, paced by my then 6-year-old, we officially ran a 17-minute mile in our neighborhood after returning from the race. By the time the year ended, with a bit of finagling towards the last few weeks, I ended the year with 2,017 miles run (as measured by Strava) in the year 2017.  As cool as it was to experience the symmetry of 2,017 miles in 2017, the coolest part was the fact that I did not experience ANY injuries during the year.  Not one tight hammy, pulled calf, bum hip, foot, or whatever injuries and issues I would seem to have from year to year.

As I started to write the article I was going to originally write a year early, I wanted to gain even more perspective on why, perhaps, I felt so good running every day.  After reading Jonathan Beverly’s book Run Strong, Stay Hungry I realized that pretty much everything in his book was what I wanted to say, but there’s no way I would have said it as well as Jonathan and therefore scrapped the article. Also, while I really enjoyed running every day and felt the satisfaction of accomplishing a goal that took a year to complete, I wanted to be sure never to be beholden to a run streak and purposely took January 1, 2018, completely OFF from running.  And it felt great to be done with the streak.  Until 2 days later when I jacked my hammy for the 1st time in well over a year…  On to 2020.

2020 was to be a special year for me.  It was my 50th year of life and I wanted to do big things for that milestone. In addition to starting the year with the Bandera 100k in Texas, I was slated to participate in the Leadman series which is the Leadville marathon, Leadville Silver Rush 50 mile (run or bike or both – I was signed up for the run), Leadville 100-mile mountain bike, Leadville 10k (the day after the mountain bike) and Leadville 100 trail run the following weekend. Then in November, I was to run the 50th New York City Marathon. Also, because I had such fond memories of the 2017 run streak, I added a 20 minute, 20-second daily run streak to the mix starting on January 1 (technically, the streak began on December 29, 2019). And then, come March, the world shut down. And all the plans anyone had for 2020 went up in viral smoke. While all races would be canceled (other than the Texas race in January), my run streak continued.  It ended up being the ONLY thing I had control of this entire year and the streak itself became my talisman of good health and better yet, optimism for better days ahead.

2020 will end up being the most memorable and yet forgettable year in so many of our lives. There are so many people who have been affected far worse than I or many who are reading this. Because of that, I have zero self-pity about missing the events I wanted so badly to participate in.  While some people run or exercise to get fit or stay in shape, I’ve always been someone who is lost without a goal to achieve, usually a race. Yet, in virtually every one of the events I have been a part of these last 18+ years (since my first marathon in 2002), the single most lasting sense of achievement I’ve ever felt was NOT the finish of any particular race itself, but what went into the preparation for those races.  The biggest reward was never the medal or buckle or “likes” or “kudos.”  Rather, it was the persistence of training and working towards a goal all while putting in the work that was necessary to attain that goal.  Friends and family see the finish line pictures and the medals, but the participants know what it took to get there.  And that is, by far, the greater achievement. The run streak this year, and run streaks in general, define that perseverance and dedication towards a goal that NO ONE will necessarily see.  Dean Karnazes wrote that if you want to KNOW what it’s like to run 50 miles, you’ll have to run 50 miles because there is no description that can do it justice.  The run streak is just like that.  It is an endeavor more than an event.  While run streaks are not sexy in a Facebook or Instagram sort of way, they can be so much more meaningful and on a deeper level.  There is no time goal, there is no medal and there is nobody to cheer you at the finish line.  Heck, there is no finish line! Like any great journey, it starts with the 1st step.  Day after day, step after step, mile after mile, it continues until you are ready to move on.  My initial thought of run streaks was that the streak itself and the people doing them are nuts.  The stories of people continuing streaks through illness, surgeries, and other life events to the detriment of themselves and others were all I would think of when I would hear of people continuing years or decades-long run streaks. I think I get the “why” now. While I am excited at the moment to continue the streak, I cannot see myself being the person who runs every day for 40 years, nor would I be heartbroken if the streak ended tomorrow. I set my mind to something last year (and in 2017) and accomplished it. And after all, that’s what the streak is about. It’s less about running and more about setting a goal and sticking to it. You can use running as a metaphor and replace it with anything that provides self-fulfillment and personal satisfaction.  Make that your “streak.” Running every day or running in general certainly isn’t in everyone’s best interest. Whatever it is though, like anything you commit to, you better want it. You must want it for yourself, not for others. Others will not be there to drag you out of bed when you want to sleep.  Other people won’t be there encouraging you to do something on a given day when it’s the last thing in the world you want to do at the moment or in the moment. When you do something for recognition by others rather than for yourself, then the weight of those expectations will weigh on you over time and can be crushing.  It can become stressful, not satisfying.  Whereas, when you do things because YOU want to do them, motivation and willpower will be all the incentive needed to keep you going on whatever endeavor you set for yourself.

My run streak will continue until such time as I am either ready or forced to end it. In 2020, I ran 1817 miles and finished the 366 days of running (leap year) with a Dopey challenge of my own creation.  The last 4 days of the calendar year were as follows: 5k on Monday, 10k on Tuesday, ½ Marathon on Wednesday, and on New Years’ Eve day, I ran the Boston Marathon masked and solo; a fitting end to year one of my run streak in this most Pandemic sort of year. 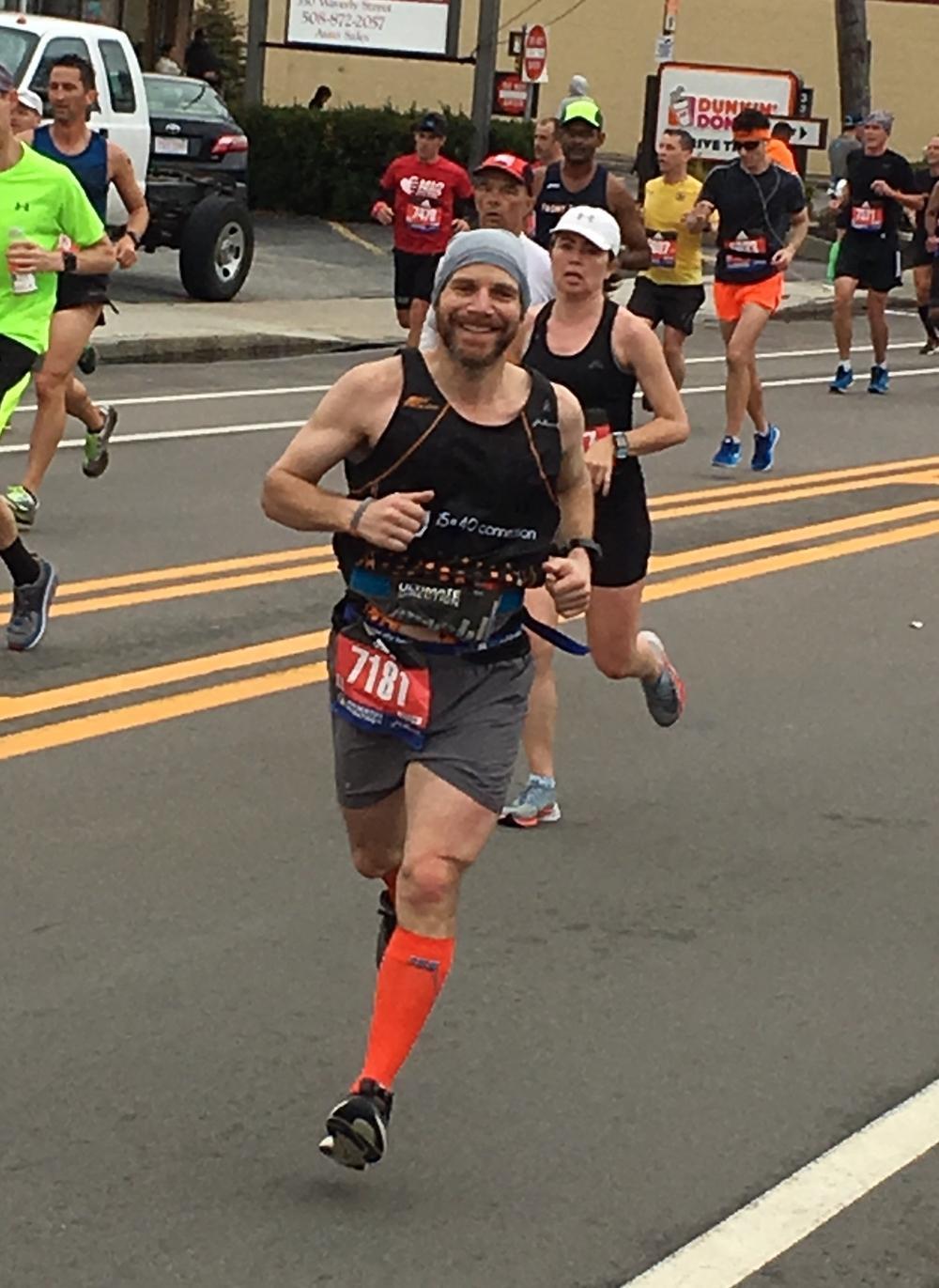