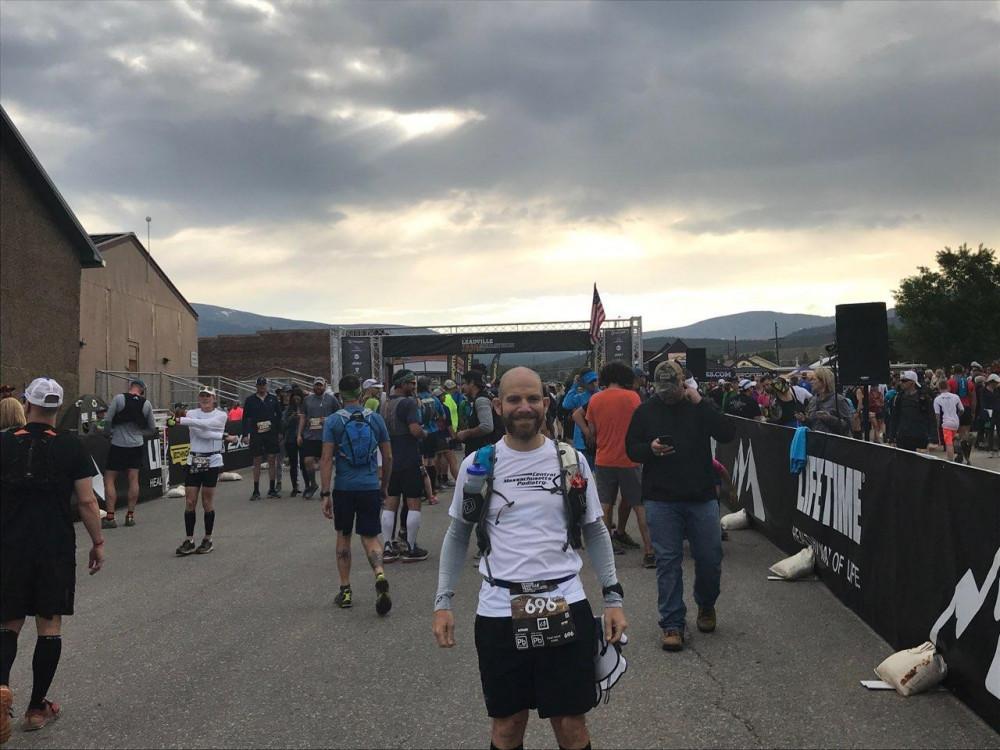 Leadville has been on my mind since the Ambulance ride of 2016 (Previously on "running in Leadville").  This race was not 100 miles, but it was brutal nonetheless, even if not at altitude.  Leadville is quite a unique place.  Situated at 10152’ above sea level, it is the highest incorporated city in the United States and sadly may not have changed much since its hay day in the mid to late 1800s gold rush and eventual Silver boom, for which it’s been known for ever since.  With the mines mostly closed now, the town has survived much to the credit of Ken Chlouber and his brainchild; The Leadville trail 100 which started in 1983.  Though past residents of Leadville included Doc Holliday and “the unsinkable” Molly Brown, Ken Chlouber has kept Leadville on the map with an expanding series of events that includes the Marathon and Heavy Half (15.5 miles rather than 13.1), Silver rush 50 miler (mountain bike and run), Leadville trail 100 mile mountain bike, Leadville 10K and the legendary Leadville trail 100 mile run.

This was my 4th time to Leadville since 2015 and the 1st time I haven’t felt just flat out miserable.  At least, not until I laid down and tried to sleep.  Due to the difficulties of altitude and the inability to acclimatize, my friends and I arrived the day before the race, had lunch in Boulder and headed to Leadville to register, eat again and try and get some sleep.  Though typically the thought of doing a mountain marathon (my 1st straight trail marathon ever) should be intimidating, the only concern I had was my left calf.  10 days prior, on an early Wednesday morning run, of course at the point furthest from my house, my left calf tightened up and never let go.  As with all injuries, you must take a look back in time to decode what went wrong.  In this case, I was going to do an easy run on Tuesday afternoon before playing some golf.  Thunderstorms and pouring rain however, moved that run to my home treadmill.  The mistake, always seen best in hindsight (retrospectoscope), was wearing my Shamma running sandals for the 20 minutes.  Not having worn them in months, my body wasn’t used to it.  Yet with my fitness being strong, the pacing for the given heart rate of the run was faster than it should have been.  I didn’t feel any pain with running, or even with golfing later that day (where I also carried my bag on a hilly course), but my Gastroc, peroneals and long flexor tendons were certainly overworked and tighter than they normally would have been.  By 3 miles the next morning, the muscles had enough, and I strained my Gastroc 10 days before the marathon.

Gastroc strains are typically 3 week injuries (no running for 3 weeks) and that fact sat ever present in the front of my brain.  At home after the run, I iced the calf and wrapped with a compression wrap. Later that day, I had Dr. Saviet perform a shock wave treatment (EPAT) at the office.  Two days later I had Mike Roberts dry needle the medial gastroc and deep flexors which were all knotted.  The most important decision to make wasn’t whether I was going to bail from the race (I wasn’t), it was whether to try and run again before the race…aka, testing it out.  I had another EPAT treatment on Monday at the office, massage and mobilizations on Tuesday and lastly additional massage and both leukotape and KT taping done by Mike on Thursday evening before the flight out Friday.  Immediately after the taping, I put on Compression socks which did not come off until after the race.  Too many times, you think things are better, test the body with a run, and right back to square one with pain.  I know better (now) and didn’t want to compound my mistake by getting the injury in the first place.  After all, it’s tough to heal a 3 week injury in 10 days.

Race morning was not too warm, not too cold, slightly overcast and I didn’t have a headache (yet).  The race starts on the East side of 6th and Harrison (the 100 mile run starts on the West side of 6th and Harrison).  While the 1st 4 miles of the 100 mile run is downhill, the 1st 4 miles of the marathon are uphill.  The race is relentless and without flat terrain for 26.2 miles.  The calf, amazingly, felt fine the entire day.  I didn’t stop worrying of course (I can be a headcase) until about mile 22, but it never acted up.  The terrain was mostly jeep trails and dirt roads with lots of loose rock.  Around 4 or 5 miles into the race, Lance Armstrong ran past me much in the same way that Meb Keflezighi ran past me in Framingham at this years’ Boston marathon.  A little later in the race, Jim and I ran about 10 minutes on Lances shoulder along with a former major league baseball player and a few others in the charity Lance was promoting, Warriors ascent which supports Veterans and First responders suffering from PTSD.

The course is essentially a small climb, bigger climb, huge climb and then reverse.  With the 1st 2 climbs done, Jim and I ascended Mosquito Pass. 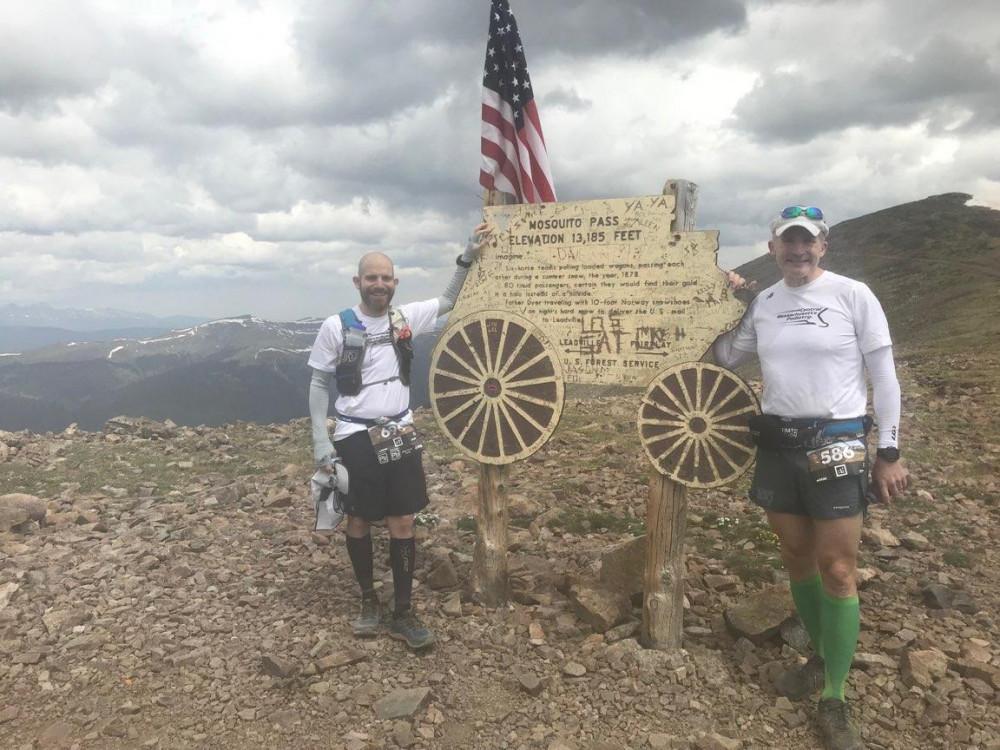 That 3 mile climb took us up to 13,185’ and the last mile was just shy of 30 minutes.  My head didn’t feel so good and there were times I was a little wobbly.  But eventually, I made it to the pass and the turnaround.  With the “hard part” behind us we descended Mosquito Pass and made our way back up the 2nd of the big hills.  That climb, without a doubt, was one of the hardest parts of any race I’ve done.  Just over a mile, high grade, no switchbacks, still at 11,000’ and with trashed legs.  All I kept asking myself, and Jim, was “why is this so hard?”  Eventually we came off the last climb and descended the last few miles into town in 6 hours 27 minutes.  Leadville never seems to disappoint.  I would have liked to have gone faster, but the thing about Leadville is that finishing trumps time goals.  You just never know how your body is going to respond to the altitude or the terrain, which, though not technical, is just flat out rugged.  Leadville has a way of beating you up in a way tough to duplicate here in Massachusetts. 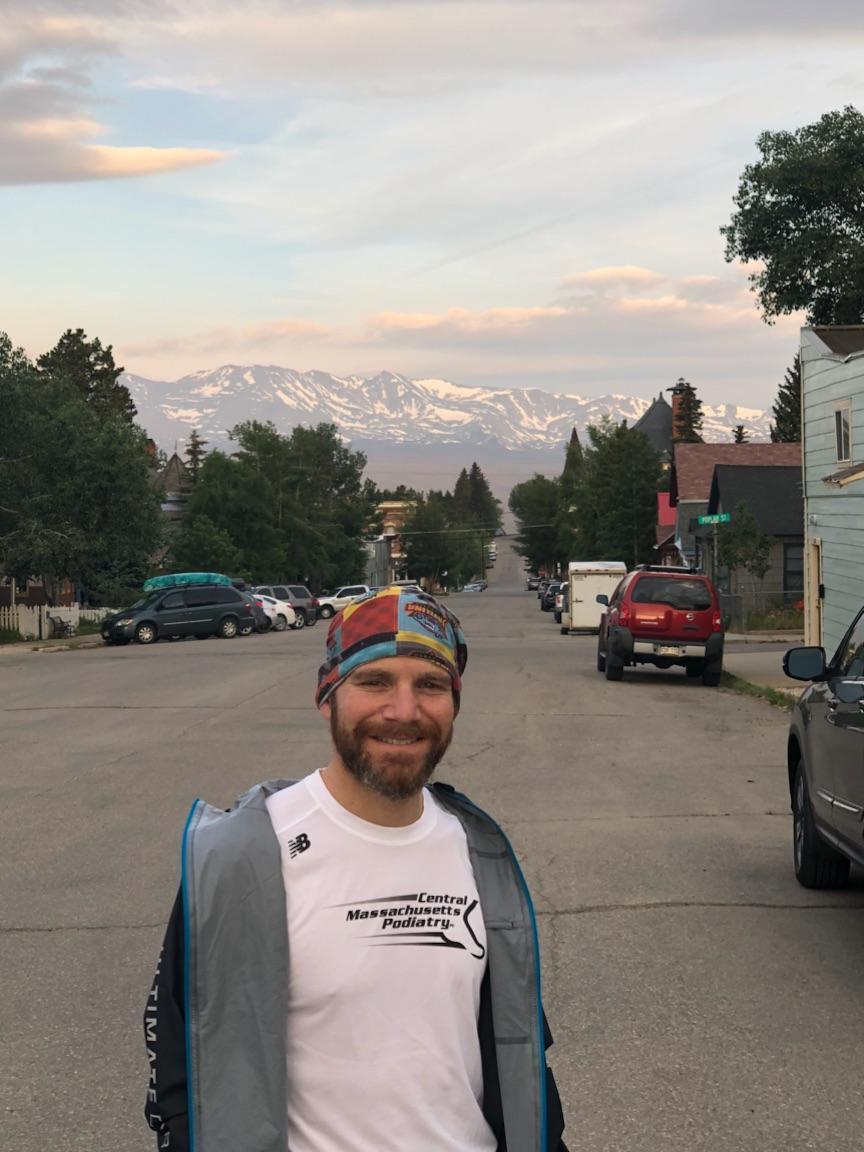 Like fighters who keep getting back in the ring, my buddies and I also earned entry into next years Leadville 100 mile trail run.  I will “bee” there, epi pen in hand, ready for redemption. 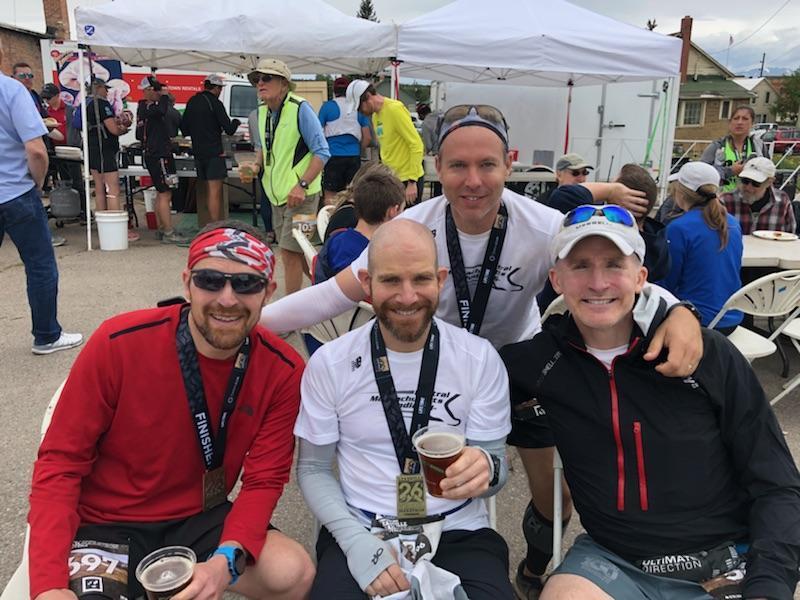