A tale of two Marathons 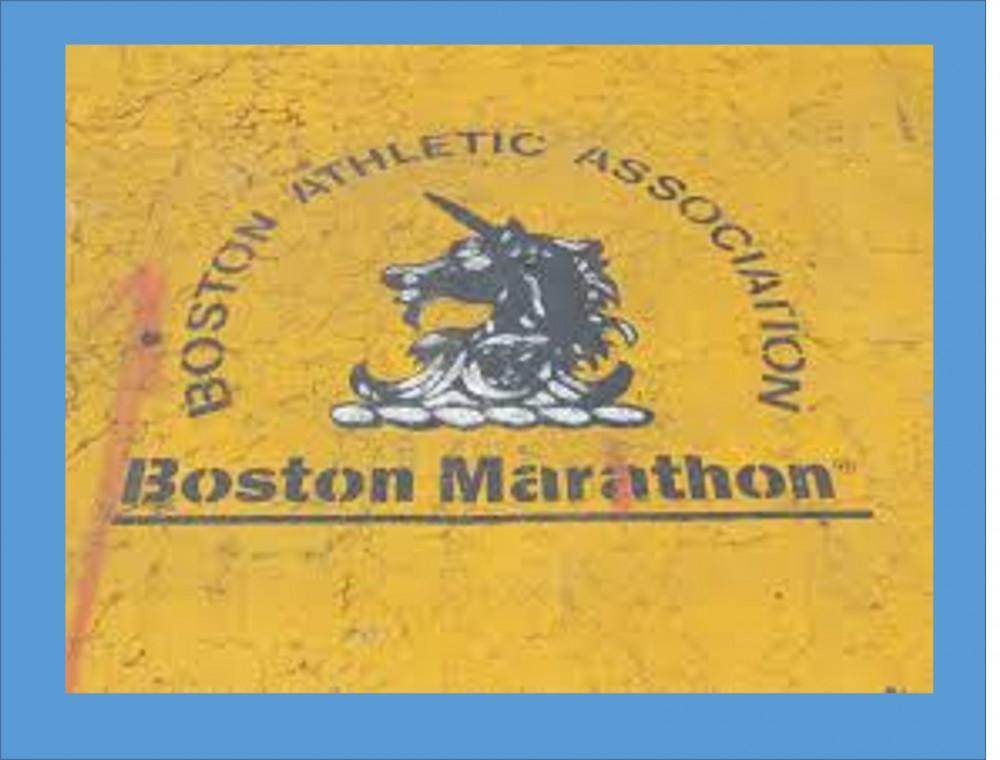 In this blog we’ll revisit April 16th 2018, Marathon Monday. It was a day that saw amazing accomplishments by so many people in the worst weather for running.  Desi Linden outlasted the competition to become the first American woman to win Boston in the professional era. Yuki Kawauchi, a runner who is legendary for his ability to suffer, powered home to victory. On this day, Dr. Feldman was running the race and Dr. Saviet was working in the medical tent. Below, they chronical their different days, Feldman in Italics, Saviet in plain text, and where they intersect.

6:00AM- My day began by grabbing an early commuter rail train into the city for a marathon that didn’t start until 9:30AM for the elite women’s race. This is what it looked like in northern central Mass. 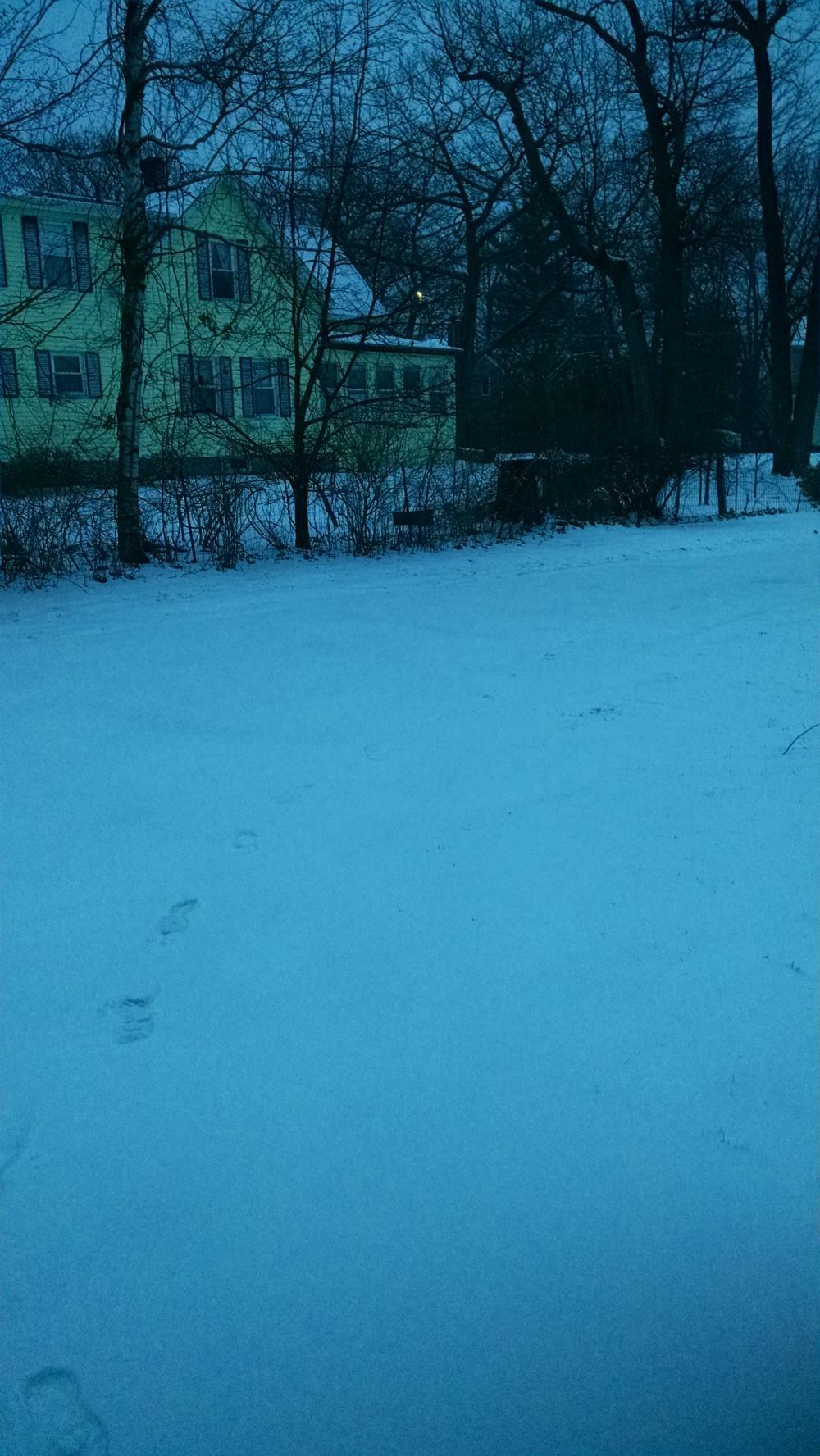 8AM- Medical volunteers check in and there is a meeting at the John Hancock auditorium. It’s always an impressive showing seeing this room packed to the hilt with all of the volunteers. Nurses, EMS, physicians, podiatrists, physical therapists, massage therapists, psychologists and interpreters all contribute to the medical team on race day.

After light breakfast of a banana, coffee and 2 scoops of UCAN superstarch with water I started on my 20 ounces of Hydrate electrolyte drink.  As someone who hates being cold, I wore 2 layers on top including a wind proof thermal and compression shorts and regular shorts on top, calf compression sleeves on the bottom.  I had hand warmers and gloves ready, a skullcap as well as regular hat to block the rain if possible.  I made my way by car to Hopkinton state park to take the shuttle to Hopkinton center and wait for the start of the race.

9AM- We spent the next hour or so casually setting up each medical area in the large medical tents. 20 areas, each with 8 treatment beds. Overhead cables are used to hang hooks for running IVs for dehydrated runners. This year, there were huge industrial style heaters pumping hot air into the medical tents. Each station gets water, Gatorade, nursing supplies, shiny blankets and other essentials for triage style treatment. Also, bouillon cubes for cold, dehydrated runners

Arrived at my friend Pete’s house on Grove street, just a 5 minute walk from the start.  From the comfort of his living room, I watched runner after runner make their way from the athlete’s village covered in garbage bags and rain gear through the chutes en route to the starting corrals in pouring rain.

10AM- Women’s race is well underway and we were watching on the TVs that are set up. Men’s race just started. Wheel chair athletes have been at it for a while and look particularly miserable from the added wind-chill. Other than that, sitting around…being inspired I guess.

10:10- As I was in the 2nd wave this year and the start time was 10:25, I left Pete’s house and warmed up for close to 15 minutes (jogging and strides) before getting into my corral 2 minutes before the starting gun and wormed my way as close to the front as possible.

11:00AM- I volunteered a few weeks earlier to work in the elite medical section which is a particularly cool thing this year with so many competitive Americans, especially on the Women’s side. Two of us head over to the Fairmont Copley and set up our traveling podiatry section. It has a better TV with volume, snacks, running “celebrities” and was toasty warm.

I hit the 1st 5K split in about 20:50, so by 11 AM I was just entering Framingham hiding behind anyone running the pace I wanted to go and bigger than me.  The rain was steady and at times torrential.  The wind was steady and at times howling.  The air was frigid and my hand warmers were becoming useless in the soaking wet gloves.  I reached for my water bottle filled with electrolytes and realized very quickly that I lacked the finger strength to get it out of my hydration belt pack.

At the 10k point of the race, my quads were quite sore and I knew I was pacing a little too fast.  The issue was that I had to keep a pace that allowed me to draft behind other runners who were also running quickly and not be slowed by the wind or drop back with slower runners.  At mile 10 I ran with a buddy who was able to extricate my water bottle from it’s pack and thus I was able to restore some electrolytes without having to resort to Gatorade.  At this point, the race really starts for me with Natick Center, Wellesley College and the scream tunnel the girls provide running by the campus, Wellesley center (which was baron this year) and down into lower falls Newton for the start of the hills.  With my quads continuing to hurt, I was actually looking forward to the climbs as the change of direction, and slight slowing of pace (without losing too much ground) was actually quite helpful for the pain.

Until about 12:15- nothing really happened. Well, unless you count watching two of the most likeable runners win well-deserved Marathon majors. The elites started making their way through our section and were swept up by the volunteers. They were basically human popsicles in the middle of melting. Every step came with a squish. Most quickly shed wet clothes that looked painted on behind makeshift towel dividers held by staff. I bumped into my old coach from Providence, who coaches one of the top US females, and I cracked a joke about if you have enough letters after your name they will let you into important places. This was followed by…sitting around. There was an abundance of staff available to change clothes, warm the runners and get them through drug screening and there were minimal foot complaints this year.

Around 12:15- I was about a mile away from Heartbreak hill and holding on for dear life.  My goal of breaking 3 hours was a long shot at this point as my quad pain that had persisted since mile 7 wasn’t easing and I knew I didn’t have enough in the tank to negative split the 2nd half.  But I continued to move and hold pace fairly steady and was passing far more people than were passing me.

1:30 pm- There were a few moments along the last 3 miles on Beacon street and again on Comm ave where the noise and encouragement of the crowd and the amazing people had me welling up with tears.  I was hurting, cold, couldn’t feel my fingers, soaking wet to the bone and needed to finish.  Everyone was in the same boat and the crowds, as always, were beyond spectacular.  Right on Hereford, Left on Boylston.  This was my 11th Boston marathon and the turn onto Boylston Street is always magical.  I crossed the line in 3 hours, 5 minutes and 24 seconds.  I then went straight to the medical tent to look for Ben who had warm, dry clothes waiting for me…

1:30ish- Bungled an attempt to meet up with Dr. Feldman. I had warm dry clothes for him at the podiatry section but he never turns up. I eventually get a hold of him and meet him in a warming bus. He was also a human popsicle. We had just enough time to say hello while I offered him the warm clothes and congratulations before his lovely wife (Hi Audrey!) arrived to whisk him away in a warm car.

Yes, bungled.  After volunteers said they couldn’t find Ben I started shivering and realized I needed one of those silver jackets they hand out.  I headed down the finishing shoot with everyone else, got some water, my medal (given to me by Emily Scarlet McDivit for probably the 8th time! – her father is Jonathan Scarlet who’s practice became Central Massachusetts Podiatry and Jon ran the Podiatry section for the Marathon for well over 20 years) and found a nice gentleman who was able to get my phone out of it’s pack as my fingers were useless to me.  I called my wife and found that she was about 20 minutes away and made my way to the warming busses lined up near the Hancock tower.  Thank goodness for those busses as I couldn’t stop shivering.  Ben met me on the bus and then assisted me to my wife’s car as my legs were not quite working well at this point.  My children, bless their soles, found that daddy’s calves and hamstrings seizing in spasm and my response to those spasms quite amusing.  Nonetheless, I was warm and happy to be done, and with my family.

2:00 until 6:00- return to the medical tent to continue to treat numerous non-foot-related things. All of the volunteers are in it together, no matter what your specialty. There were few blisters this year because of the low temps as well as the general numbness most runners experienced. I spent my spare moments talking to the podiatry students and residents about cool surgical cases I had worked on lately. We had pretty much everything broken down by 5:30 and the sweep team was picking up stragglers.

After a 2 minute ice bath to cool the quad pain, I took a nice long, hot shower which felt glorious.  I filled up on guacamole and some pita chips, drank a Hefeweisin and then ate and ate and ate.  My body, though sore, started to feel much better.  Chafing aside, the pain wasn’t that bad…as long as I didn’t have to go up or down any steps.  Looking back on the day, I missed my target by about 5 minutes, but was proud of the effort.  You can’t pick race day conditions, and it was about as good as I could have done and still given myself a chance for breaking 3 hours.  Amazingly enough, I ran the exact same time, 3:05:24 in 2007, which was the last year that there was a nor’easter though that year had stronger head winds, less rain and was a little warmer.

7:00 PM-Grab an hour and a half commuter rail ride home. Before getting on the train, I was in line to buy a slice of pizza at North station and asked a runner in a shiny blanket in line behind me how his race was. He dropped out at mile 23. Having dropped out of a few races in my day, I paid for his slices to take some of the sting out of the memory of this outrageously tough day. Spent my ride home thinking about how challenging of a day it must have been for everyone out on the course in the miserable conditions. Also thought about how I had DEFINITELY better be in the office before Neil tomorrow.

7:30 AM Tuesday: Slowly made my way into the office. As I put my lunch salad in the fridge, I peered into the office next to the kitchen.  Low and behold, there was Ben, in the office well before me