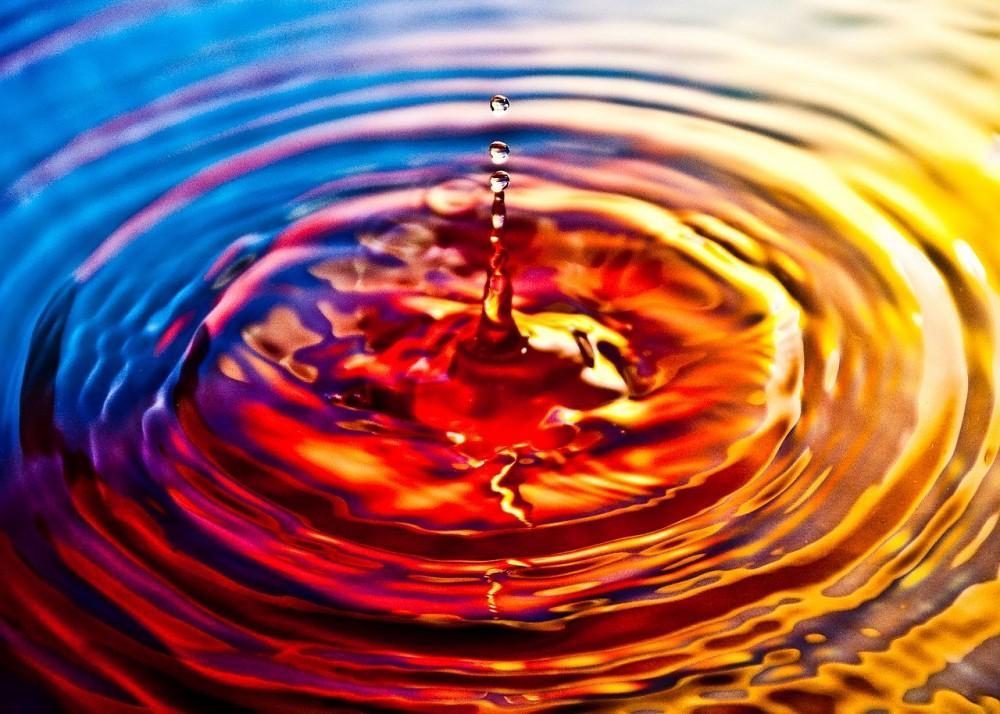 Shockwave therapy, known by several other names like ESWT, EPAT and RSWT, is a relative newcomer to the medical tool belt. Its use has been growing since the 1980’s with initial applications for kidney stone destruction. Since the 1990’s, however, shockwave therapy has gained traction as an effective treatment for numerous soft tissue injuries. In this blog post, I’ll review some of the physics, biochemistry, uses and questions that patients often have regarding this exceptionally useful treatment.

There are two primary types of shockwave therapy used in medicine: Focused and “non-focused”. A useful analogy to differentiate these are ripples in a pool. For focused, picture an Olympic diver. The diver hits the water in a compact manner, doesn’t create many ripples and they dive deep into the water of the pool. Now picture someone doing a belly flop for non-focused, radial shockwave devices. The flopper hits the water with a bigger area, creates lots of ripples and doesn’t penetrate deeply into the water. Assuming they jumped from the same height, both release the same amount of energy and both came to a full stop. Most of the diver’s energy was used up deep in the pool. The bellyflopper used up most of their energy near the surface of the water.

Essentially, focused shockwaves are more useful for reaching deep tissues with high levels of energy (ex. kidney stones deep in your abdomen) while non-focused shockwaves are useful for reaching tissues that are superficial and don’t require huge amounts of energy to get a response. Lucky for your foot doctor, most of what we treat is relatively superficial in the body. We use a pneumatic machine with small hand piece that has a projectile inside it. The projectile rapidly impacts the tip of the hand piece that is in contact with the patient’s skin. This generates a shockwave that travels through the tissues to the area of interest.

Effects of Shockwave on our Tissues

Here is where the focused and non-focused shockwaves really differ. Focused shockwaves will travel through fluids in the abdomen until they run into the hard kidney stone at which they were focused. Essentially, the focused waves cause the stone to oscillate and fragment into pieces that can be passed without pain1. Initially, it was thought that shockwave therapy was causing microfractures to bone when applied to things like calcific shoulders2 and fractures3. While this is useful for a quick, superficial explanation, the real process is much different and better explains why shockwave helps soft tissue injuries as well (tendons, ligaments, fascia, bursa, etc).

On a cell to cell level, the shockwave causes compressive force as the wave approaches, tensile (pulling) force as it travels away, sheer (rubbing) forces between cells and cavitation (making cavities from rapid bubble formation followed by collapse) forces caused by changing pressure conditions. All of these cause [BIG WORD ALERT!] mechanotransduction4. What that fancy 29-point Scrabble word means is that the mechanical forces a cell experiences are then translated into chemical signals that change how the cells behave and interact. An example of this is when astronauts come back from an extended time in space. While in space, their bone density is decreased because the force of gravity has not been applied to their bones in the weightlessness of space. When returning to Earth, they have to be careful not overwork their bodies because they are more susceptible to stress fractures until their bodies adapt back to the forces of Earth’s gravity. Gradually their body will respond to the forces and bone density returns to normal. Google Wolff’s law for more information on that.

Downstream from the initial mechanical signal, biochemistry takes over. Skip this paragraph if you aren’t biochemically inclined because it will make you fall asleep. In tendons, shockwaves cause increased Transforming Growth Factor-B1 (TGF) which helps to decrease fibrotic tissue proliferation by inducing programmed cell destruction5. It increases Insulin-like Growth Factor-1 (IGF) which promotes growth in many of our bodies cells needed for healing6. It increases proliferating cellular nuclear antigen (PCNA) which is responsible for helping to recruit proteins for DNA repair7. It encourages release of Nitric Oxide which helps promote 1) a controlled inflammation and 2) stimulates TGF and collagen synthesis 8. It causes release of lubricin, which is a component of synovial fluid which helps our tendons stay lubricated 9. Shockwave therapy has been seen to cause a reduction in sensitivity to Substance P, a potent pain signal molecule in many body systems, at the spinal cord resulting in a reduction of pain signal transmission (analgesia)10. In bones, shockwaves directly stimulate bone producing cells (osteoblasts) 11. They also promote development of MORE bone producing cells from the precursor cells 12. Additionally, there is reduction of bone destroying cell (osteoclasts) activity by turning down their activation signals 13. Importantly, there is increased release of numerous growth factors (VEGF,eNOS and PCNA) that are needed for cellular growth, particularly related to blood flow in these tissues.

Why does the scientific literature seem to disagree sometimes?

For a medication, the dose makes the difference between a therapy and a poison. Take something as common as ibuprofen. If you take 200mg, it is good for breaking a fever. If you take 600mg it is a good anti-inflammatory medication. If you take a whole bottle (100,000mg) it will cause vomiting, metabolic acidosis, possible renal failure and coma. Additionally, there are drugs that interact with ibuprofen like atenolol, a common anti-hypertensive blood pressure medication. If used together, ibuprofen can make the blood pressure medication less effective. We could even discuss how often someone should take ibuprofen, for what duration of time and for what conditions the medication is indicated. All of those things effect how useful the medication is.

Now consider shockwave therapy in the same ways. Prior to 2005, local anesthetic was injected to reduce pain from the treatment, but studies found that it made the results of the shockwave less effective 14 (drug interactions). Additionally, there was mixed literature on how many shocks to give (dose), the force of the shocks (concentration), timing of the doses (frequency), route of administration (anatomic location vs area of maximal pain), and when to expect results of the dose. Confounding that even more, some of the researchers were pooling data from multiple studies and drawing conclusions from that data, even though the protocols were different. To be fair to them, these confounding factors were not clear then and some of the most effective protocols may still not be fully ironed out.

Currently, there are established protocols for many injuries and pathologies that are amenable to treatment with shockwave therapy. In our office we have been using it regularly for plantar fasciitis, Achilles tendonitis, fracture healing, plantar plate injuries, foot wounds and sesamoiditis. Other useful indications include medial tibial stress syndrome (shin splints), stress fractures, posterior tibial tendonitis, fracture non-union and acute muscle injuries. It is not particularly useful for acute tendon ruptures and arthritis. It is rarely used as the only treatment in most cases.

What to expect with shockwave

A shockwave treatment usually takes about 15 minutes. Occasionally, an ultrasound will be performed prior to visualize the area of interest. Initially the area will be desensitized with some introductory shocks (~500) at a low energy level directed at the area of most pain. The treatment is usually around 2000 shocks for each area, except for wounds. The shocks need to be of a high enough energy level to elicit the biochemical responses described above.  It can be uncomfortable at times, but is usually well tolerated by most patients. The frequency of the shockwave treatments depends on the condition being treated. It can take 6-12 weeks at times to see the full effects of treatments. Side effects include some possible redness in the area treated. We will usually have you performing additional therapies in concert with shockwave treatments like foam rolling, icing and physical therapy. Patients should avoid use of anti-inflammatory medication in the 2 days before and after shockwave treatments. Most patients feel some level of improvement in pain immediately after the treatment. Importantly, most athletes can continue to train while undergoing shockwave therapy treatment!

Most insurances will not cover the cost of shockwave treatments in the United States, stating “additional studies with larger patient populations are needed to validate the conclusions of this study” when outcomes are good, critiquing minutia of a particular study’s parameters classifying them as “low quality”, or requiring randomized-controlled, double blind studies to support new coverages. To put that in perspective, the scientific evidence to support steroid injections for plantar fasciitis is of “low quality…and compared with placebo or no treatment may slightly reduce heel pain up to one month”15. Yet steroid injections are covered by nearly all insurance companies. Performing scientific research is expensive, laborious and logistically complicated. In a perfect world, we would have a perfect scientific study to support everything that is performed in medicine.

This is an area of medicine that is exceptionally interesting to me and will continue to be something we offer our patients for certain conditions. All of the physicians at Central Massachusetts Podiatry are enthusiastic about treating our patients with shockwave therapy for the conditions listed above. Please ask us about it! We are also happy to provide articles that support the indications for which we utilize shockwave therapy if you would like.